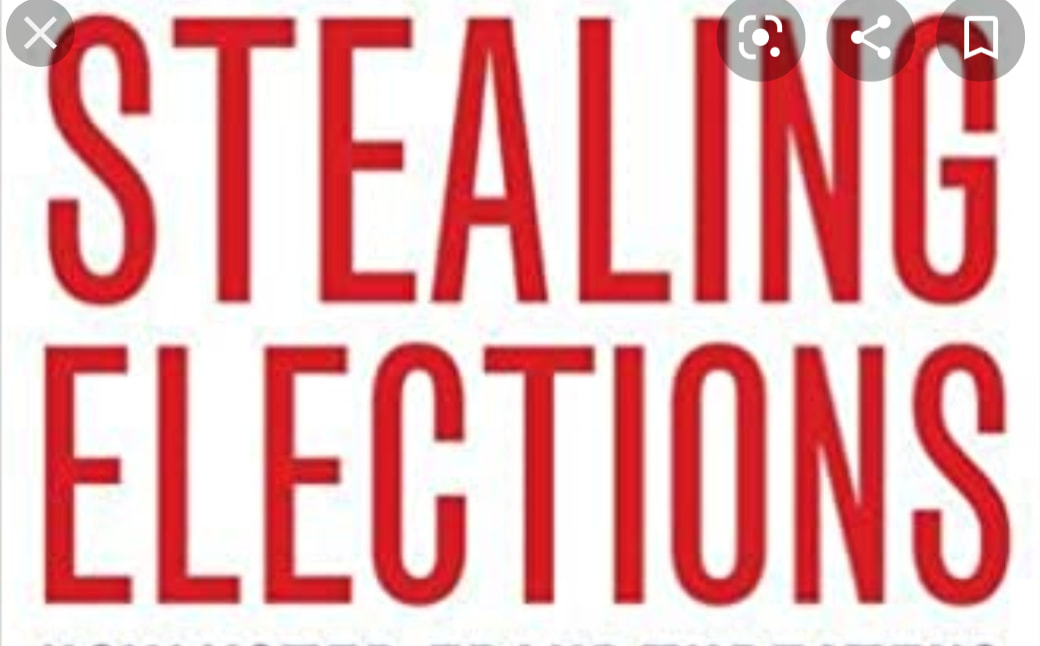 Remember my post about the hijacking of the University System of NH and Dartmouth’s & Sununu’s involvement?

Our educational systems are fueling a fire against the people & the head honchos are all linking up- including to the New Hampshire voting law.

“A valid student identification card if:
(A) The card is issued by:..

That’s right. The current Voter ID law allows you to literally just hand them a college ID, and not have to prove your voter registration address at the polls.

Now, I’ve done my homework, so I know that Sununu is automatically ex officio of those boards, (although only Dartmouth has a long standing charter that shoos in the Governor, the other two were written into an amendment to the Voter ID law in 2013). Besides that, there are REALLY big problems here:

The University System of New Hampshire is governed by a 29-member Board of Trustees comprising the Governor of the state, the President of the Senate, the Speaker of the House, ten members appointed by the Governor and Executive Council, seven alumni-elected members, two student-elected members, the Commissioner of Education, the Commissioner of Agriculture, the presidents of the University System’s four colleges and universities, and the Chancellor.

Not only was the Governor added as a member of the board of trustees via legislation sometime between 2007-2009, ALL 24 voting members of the board are appointed by the Governor and confirmed by the NH Executive Council.
This happened when John Lynch was in office. Strange- since Lynch was present during the ARMI/DOD/USNH Ribbon Cutting where Sununu, Kamen, Hassan, Shaheen, Jim Weinstein, etc, all bragged about the DOD hijacking of the University System of New Hampshire under the guise of ‘Economic Development,’ (although Lynch wasn’t even in office at the time).

Below is a screenshot of the law that establishes the NH Community College System, which legislates the governor in on the board of Trustees, while giving him full authority to stack the board:

3. ALL 24 DARTMOUTH CHARTER TRUSTEES ARE ELECTED BY THE GOVERNOR AND THE PRESIDENT

When the 2013 Voter ID Law was updated to include Dartmouth College, Governor John Lynch and Jim Weinstein (who is now Sr. Vice President of Microsoft Healthcare and sits on Dean Kamen’s ARMI organization), were hand picking the board members of Dartmouth.

ex officio… if the Governor was Shooed in… no big giant deal right? You might think

The 1979 Voter ID Law was changed in 2013 While Governor Sununu was an active sitting Executive Council member in New Hampshire.

…As if it wasn’t easy enough to go and get a fake college ID (it is), this seems a little bit sketchy in itself, doesn’t it? Considering the Governor sits on the board of all 3 of these college systems and has a MAJOR say in how their board is hand picked?

A conflict of interest at the very least, this part of the Voter ID law leaves New Hampshire Voter ID laws completely open to instances of massive fraud.

All of this information might lead one to ask- Who’s in your back pocket there, Governor?

CURRENT BOARD MEMBERS OF DARTMOUTH
List board members who are connected to UN, Council of Foreign Relations, Microsoft, World Economic Forum and more.

DARTMOUTH, ARMI, USNH & BILL GATES
Dartmouth was ground-zero for coronavirus in New Hampshire. Dartmouth’s most recent President Jim Weinstein sits on the ARMI board with Dean Kamen where they funnel University System of New Hampshire graduates into government contracts like Lonza. Lonza is partnered with Moderna and has Bill Gates listed as Strategic Collaborator. Jim Weinstein is now touting his new title of Senior Vice President of Microsoft Healthcare.