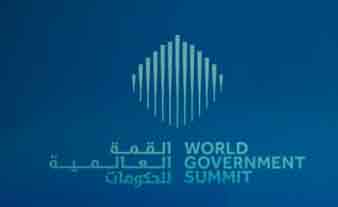 The screenshot below of the World Government Summit ‘Strategic Partners’ is from https://www.worldgovernmentsummit.org/community/partners

Don’t try posting this on Facebook, or you’re likely to catch 30 days. At least I did. Immediately. It wasn’t more than a second later I had a warning saying that what I posted was identified by Facebook as ‘spam or a security threat.’

Seeing as it was the only time I posted it in a while, I’m going to assume the latter.

Here’s an updated screenshot from their partners page as of 11/30/21:

What is World Government Summit?

If you don’t know what the World Government Summit is, you’ll be surprised to learn that this is where New Hampshire Governor Sununu and Dean Kamen attended an event where they discussed One World Government without your consent.

That’s not the only mind-blowing topic you’ll find from the World Government Summit-
Check out their ‘Techradar‘ where they list futuristic technology with projected world-wide adoption for each item. Many of them are VERY intrusive.

A screenshot from that section of their web site: