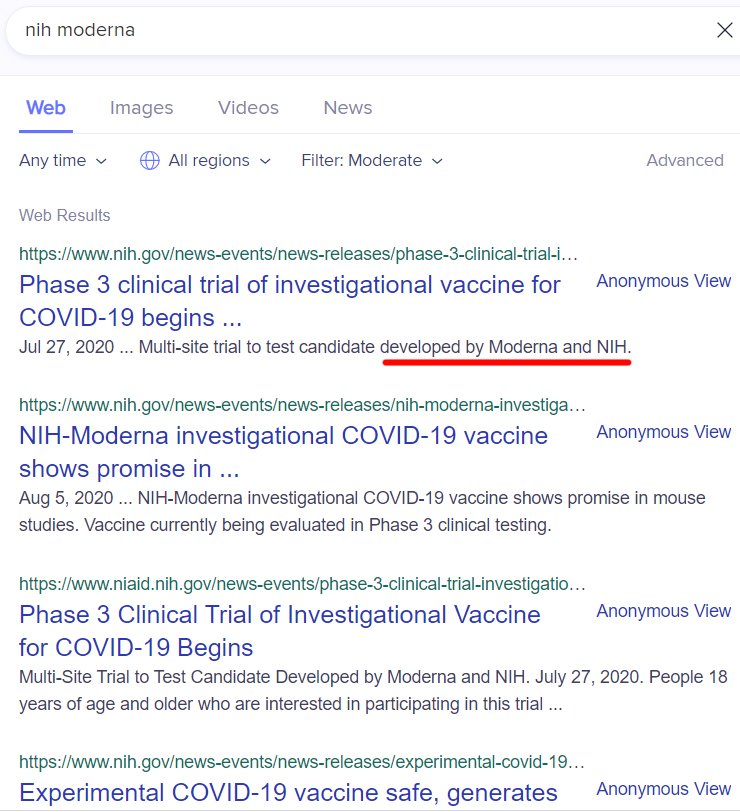 and it appears as though Moderna and Fauci’s NIH are working together.

Below is more supporting information on that from citizen.org:

‘The U.S. government may jointly own a potential coronavirus vaccine. The National Institutes of Health (NIH) has played a critical role in coronavirus research for years.[1] Building off this work, federal scientists have helped design and test mRNA-1273—a vaccine candidate developed in partnership with Moderna.[2]

The federal government has filed multiple patents covering mRNA-1273. In this report, we describe two patent applications that list federal scientists as co-inventors.[3] If the government successfully pursued its patent filings, the resulting patents would likely confer significant rights. We also review recently disclosed contracts between NIH and Moderna. The agreements suggest that NIH has not transferred its rights, but instead maintains a joint stake.

The federal government should use this authority to expand affordable access around the world. Moderna so far has committed publicly to supplying 500 million doses per year, potentially up to one billion.[4] With two doses required per person, this could be enough for 250 million to 500 million people.[5] Moderna’s CEO reportedly has acknowledged that “We won’t have enough supply at the global level.”[6]  He also has pledged to set a price in line with other respiratory vaccines—which cost up to $800.[7] If the vaccine proves safe and effective, nobody should be left behind. The U.S. government must take responsibility for timely access to mRNA-1273…’

A majority of this data is a reprint from https://www.citizen.org/article/the-nih-vaccine/