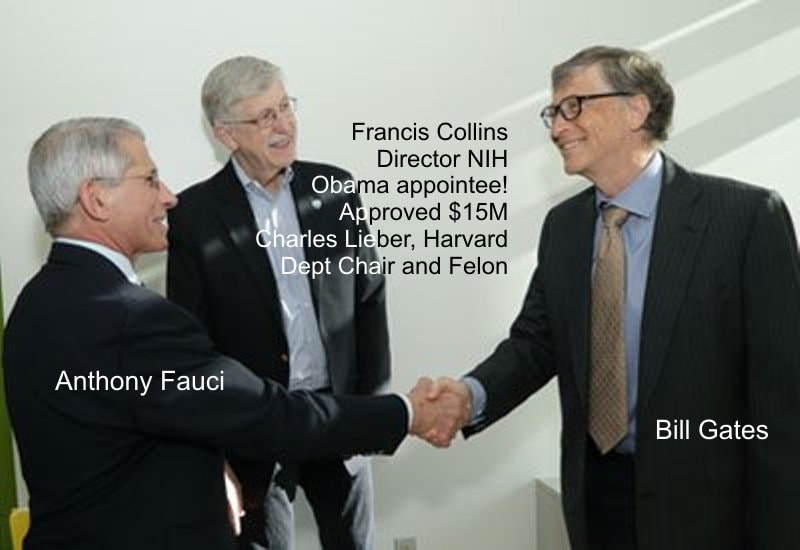 Last month, Francis Collins, Director of the National Institutes of Health, decided he was going to ‘step down’ from his position as Director because he said “no single person should serve in the position too long” after sitting in his current seat with the NIH for 12 years.

Collins was appointed by Obama and sat through three presidencies, including from Obama to Biden.

He also sat as Director of the National Human Genome Research Institute at NIH from 1993-2008.
htps://directorsblog.nih.gov/tag/bill-gates/

The National Human Genome Research Institute (NHGRI) of the NIH, which had begun work on the Human Genome Project (HGP) three years earlier, worked in collaboration with the U.S. Department of Energy and the Wellcome Trust of London.
=